Child and Spousal Support and Imputation of Income 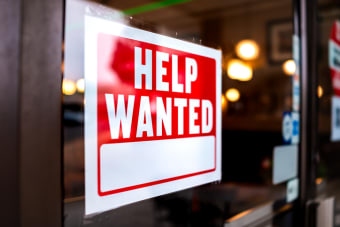 “ I’ll quit my job and flip burgers for a living!”  -- it is one of the biggest cliches family lawyers regularly hear from a parent or spouse who earns a high income.

Until recently, the law may not have penalized the party who went through on their threat.  The Court of Appeal in Alberta over twenty-one years ago rendered a decision in the case Hunt v Smolis-Hunt, 2001 ABCA 229, which held that the payor needed to have a specific intent to show that they quit a more lucrative job specifically  so that they did not have to pay as much Child Support or Spousal Support.  Only if this intent was proven would the courts of Alberta artificially set the income higher than the party was clearly earning, also known as “imputing income”.   What was frustrating to the parent or the spouse who was unable to prove that clear intent, was that every other province in Canada came to a different conclusion.  Provinces outside of Alberta followed the principle that you did not have to “prove” that the payer had that specific intent, rather it was enough to show that through unreasonable or irresponsible decisions the party with the obligation to pay had a lowered income.  The person who went to work at Peter’s Drive Inn would still need to pay like he was earning a six-figure income in every province but our own.

In October 2022, the decision Peters v Atchooay, 2022 ABCA 347  levelled the playing field in Canada. Now in Alberta, alike all other provinces, there was no specific intent necessary to show that the payor parent was underemployed for the sole purpose of avoiding his or her child support obligation.

The recent case of Nykolyshyn v Dalton, 2022 ABKB 860, has now extended this framework for the Court to also look at imputing an income to increase or decrease spousal support.  There can now be an imputation of income to either spouse in relation to a claim for child support or spousal support.

In applying the Peters framework, Loparco J determined that the new test is now “whether the parent is earning what the parent is capable of earning”.  For Nykolyshyn, it was a wife who had earned over $50,000 prior to the birth of the children but did not seek employment after separation. The wife claimed that she did have health issues which affected her employability and the Justice set her imputed income at a lower rate of $20,000.

Imputing income to a parent who is purposively underemployed is now something which the Court in Alberta will enforce in order to address the unreasonable career changes absent any finding that this change was prefaced on an intention was to decrease the payments of support to the other parent or their former spouse.

To speak to a lawyer about imputation of an income for support purposes, kindly contact one of the trusted litigation advocates at Family Central Law Office LLP. Please contact us today for a free consultation by calling our office at 587-392-7970 or emailing info@familycentrallaw.com, or by clicking on our consultation page.