Can Separation Agreements be overturned or altered? 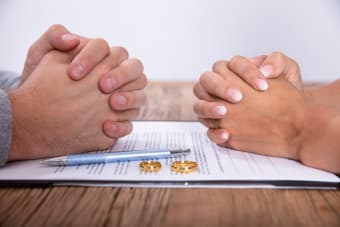 Can Separation Agreements be overturned or altered?

Canadian Courts are reluctant to interfere in the private contracts made between individuals. However, contracts in the family law context, whether separation agreements, prenuptial agreements, or cohabitation agreements, are held to a higher degree of scrutiny than traditional commercial contracts because of the often-unequal power relationships that exist between former spouses.

In 2003, the Supreme Court of Canada (SCC) decided the case of Miglin v. Miglin, which had a significant impact on the way that family law agreements are drafted, negotiated, and argued in Canadian Courts. In Miglin, the SCC made it easier for Canadian Courts to amend terms of a contract if certain conditions and principles of fairness were not considered prior to the parties executing the agreement. This case made it easier for parties to challenge the validity of their family law agreements in circumstances where certain criteria were not met.

Typical ways that a party may challenge an agreement using Miglin include failure by the parties to produce adequate and accurate disclosure, and the absence of independent legal advice prior to the parties executing their agreement. These two factors are important when considering a family law agreement and whether or not to hire a lawyer.

Failing to provide as a reciprocal responsibility  full and accurate financial disclosure could be grounds to challenge the validity of a separation agreement. Disclosure requirements in separation agreements include an exchange of relevant personal and corporate financial documents such as tax documents, bank statements, investment accounts, etc. These items are used to determine the income, assets and liabilities of each party so that each spouse can be fully informed of their legal entitlements and obligations.

It is common for one or sometimes both separated spouses to want to skip the disclosure stage prior to forming a Separation Agreement. This is especially true where the separated spouses are amicable and feel that they are already fully informed of their former spouse’s financial situation. Regardless of whether the parties are amicable or not, performing adequate disclosure of documents is critical for ensuing that a Separation Agreement executed by the parties will stand up to a Miglin challenge in the future.

Separation Agreements are often overturned on the basis that one or both spouses did not obtain independent legal advice at the time that they executed their Agreement. Independent legal advice will strengthen an agreement in two important ways.  First, it confirms to any decision maker in the future that the separated spouses had the opportunity to fully understand their legal rights and obligations at the time of executing the Separation Agreement.

A lawyer can provide advice on parenting, child support, and spousal support matters, as well as entitlement to property obtained prior to a relationship, during cohabitation, and after separation. Further, a lawyer provides advice that cuts across legislation to help outline important factors of consideration based on their legal knowledge and experience, and the client’s individual circumstances.

The second reason is that a lawyer can protect against some of the vulnerabilities in the negotiation process as well as confirm whether the Separation Agreement satisfies the objective of the applicable family law legislation. The lawyer providing independent legal advice has a duty to ensure that the party signing the agreement understands what they are consenting to and is not under any undue pressure to sign the Separation Agreement. When both parties have obtained legal advice and their respective legal counsel has signed the Separation Agreement, a future challenge will be far more unlikely.