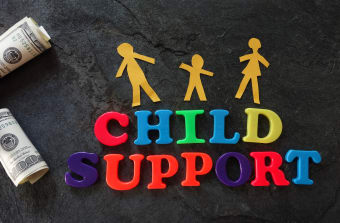 In the recent Supreme Court of Canada Decision of Michel v. Graydon, [2020] SCC 24, the Court determined that an Order for retroactive child support can be granted under British Columbia’s Family Law Act in circumstances where the Child of the relationship has reached the age of majority.

Prior to this decision, D.B.S. v. S.R.G. 2006 SCC 37, remained the guiding case for family law practitioners regarding retroactive child support. In that case, the Court interpreted section 15.1 of the Divorce Act (Canada), concluding that originating applications for retroactive child support were precluded in circumstances where the “child” had reached the age of majority at the time of the application.

Because of the Court’s interpretation of s. 15.1 in D.B.S. v. S.R.G., lower Courts, including here in Alberta, have been reluctant to grant retroactive support orders when the Child of the relationship has reached the age of majority, even in circumstances where the parties have an existing child support order in place.

Furthermore, the Court determined that D.B.S. did not state a “sweeping principle that transcends the Divorce Act to embrace all other statutory schemes and operates irrespective of legislative intent.” Instead, the Court emphasizes that Provincial Legislatures remain “free to espouse a different paradigm” than that adopted by Parliament in the Divorce Act.

In Michel v. Graydon, the Supreme Court of Canada interprets s. 152 of the Family Law Act (FLA) of British Columbia which outlines the scheme for retroactive child support variation orders. The Court ultimately determined that s. 152 of the FLA authorizes a variation of any child support order regardless of the beneficiary’s dependent status at the time of the application.

This effectively means that if a child support order exists between two parties, and one of the parties seeks a retroactive variation to that order (perhaps because their former partner misrepresented their income in past years), they are not prevented from doing so simply because the Child is now over the age of majority.  This interpretation encourages parties to be forthcoming and honest about their income rather than trying to delay the disclosure of financial records in hopes that the Child’s age will eventually preclude the recipient from seeking relief under the FLA.

The decision in Michel v. Graydon provides clarity for litigants in British Columbia who seek a retroactive variation to child support. However, this decision cannot be assumed to apply in all other jurisdictions.  One of the clear takeaways from Michel v. Graydon is that each province is entitled to adopt their own legislation regarding child support. Where an application is brought under Provincial legislation, it is that specific Provincial legislation that must be interpreted.

What does this mean for Alberta?

While Alberta’s Family Law Act follows a similar wording as the Divorce Act and British Columbia’s Family Law Act, there is no certainty that Courts in Alberta will apply the same legislative interpretation.

The Family Law Act in Alberta outlines a more specific criteria of eligibility for those making applications for a variation order under section 77(2). For this reason, Alberta Courts may determine that the intent of the legislature was to preclude individuals with independent adult children from applying for a retroactive variation of child support.

As such, until Michel v. Graydon is adopted by the Courts in Alberta in future decisions, there will still be some uncertainty as to whether or not a retroactive variation of child support is available for Alberta’s once their children reach the age of 18.

At Family Central Law Office LLP, you can rely upon the legal advice of an experienced family lawyer to provide sound legal advice on your parenting matter. Please contact us today for a free consultation with our family lawyers on your matter by calling our office at 587-392-7970 or emailing info@familycentrallaw.com, or by clicking on our consultation page.