Child Support in Alberta and Imputation of Income 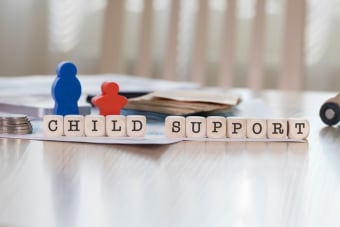 Child support in Alberta is based on the Alberta Child Support Guidelines, Alta Reg 147/2005 [Guidelines] and the Federal Child Support Guidelines, SOR/97-175. One of the objectives of the legislation is to establish a fair standard of support for children that ensures that they continue to benefit from the financial means of both spouses after separation. The Guidelines also aim to reduce conflict and tension between spouses, improve the efficiency of the legal process, and ensure consistent treatment of families in similar circumstances.

With a view to these objects, the Guidelines provide a simple and consistent method of calculating child support by indexing the parties line 150 annual income with the average cost of raising a child in each province. While determining monthly child support is often a simple calculation, it relies on the assumption that a payor’s line 150 is a fair and accurate snapshot of a payor’s economic circumstances and standard of living.

When enacting this legislation, parliament included section 19(1) within the Guidelines, which states, “The court may impute such amount of income to a spouse as it considers appropriate in the circumstances.” Under section 19(1)(a), the circumstances that allow for imputation of income include when “a spouse is intentionally under-employed or unemployed.”

In Alberta, section 19(1)(a) of the Guidelines has been interpreted differently than in other provinces and, consequently, has been the subject of significant debate. Most jurisdictions in Canada have interpreted “intentionally under-employed or unemployment” under a reasonableness standard, which provides the Court with more flexibility in determining whether a spouse’s income should be imputed at a different level than their line 150 income.

In the Alberta Court of Appeal decision Hunt v Hunt-Smolis, 2001 ABCA 229, it was interpreted that section 19(1)(a) of the guidelines means a party is deliberately unemployed for the purpose of avoiding child support obligations. Consequently, the threshold to impute income to a spouse is much higher in Alberta, as it requires evidence that a party is acting in bad faith.

Pivoting Away from Hunt v Hunt-Smolis

In the recent Alberta Court of Appeal decision of MacDonald v Brodoff, 2020 ABCA 246, the Court of Appeal, signalled that it might be time to reconsider the previous decision in Hunt v Hunt-Smolis. In MacDonald, the Court analyzed the imputation of income in the context of a shared parenting arrangement.

In most shared parenting arrangements, child support is determined by a simple set-off approach – taking each parent’s table amount of child support based on their respective incomes and having the higher income earner pay the net difference to the lower-income earner.  A payor may object to this formula for the calculation of child support payable to the lower-income earner hen there is a significant discrepancy in the income between parents, which when factoring in fact specific circumstances may mean the difference in living standards between the households because a significant issue.

In recognition of the limitation to the set-off approach, section 9 of the Guidelines, interpreted through Contino v Leonelli-Contino, 2005 SCC 63, provides courts in Canada with discretion on determining child support in a shared parenting arrangement.

In MacDonald, the Court of Appeal wrestled with the intersection of Hunt and Contino: The former case representing a strict approach for imputing income; the latter representing judicial discretion in determining appropriate child support. While the Court in MacDonald ultimately determined that Hunt and Contino could be applied together, the Court hints that it may be time for Alberta to revisit Hunt. In the “Concluding Comments” of the written decision in MacDonald, the Court states, “This Court has full consideration powers. Hunt may be upheld, over-ruled or varied, but it may be time to look at this issue again.” Alberta may soon join the rest of Canada by adopting a more flexible approach for imputing income in child support matters.

At Family Central Law Office LLP, you rely upon the legal advice of an experienced family lawyer that has represented clients  in protecting rights and and addressing obligations surrounding child support.  Please contact us today for a free consultation with our family lawyers on your matter by calling our office at 587-392-7970 or emailing info@familycentrallaw.com, or by clicking on our consultation page.